The teen heartthrob pop-rock band, merging pop-punk energy and ebullient boy band charisma, it’s the 5 Seconds of Summer No Shame 2020 Tour coming to Fillmore Auditorium in Denver, Colorado on Wednesday August 19th 2020. The Teen Choice Award winners of 2018, MTVE’s Best Rock Group Winners of 2018, Song of the year for Youngblood… So, what are you still reading for? Buy your tickets already, you know you love them and can’t wait to get down to Fillmore Auditorium and scream for them along with everyone else and if I can’t hear you over in Boulder, you gotta scream LOUDER!!! 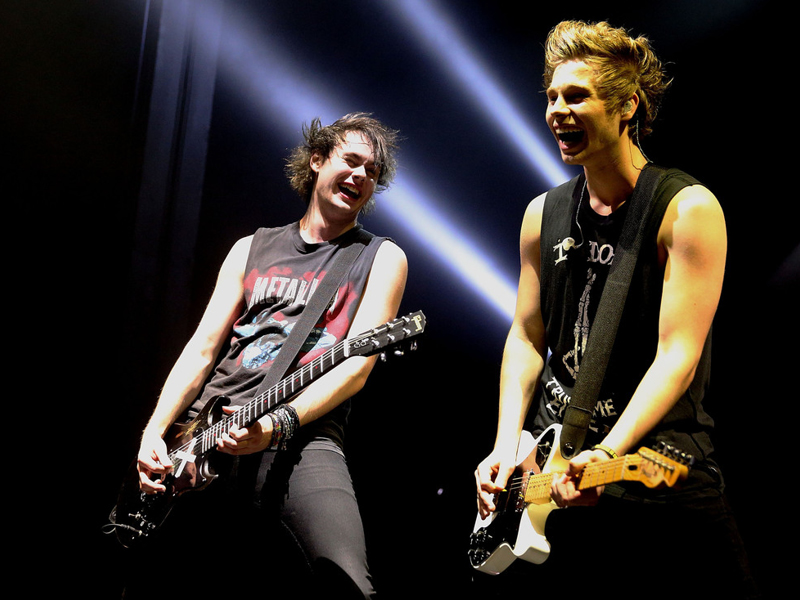 5 Seconds of Summer or 5SOS, it’s pronounced “5sauce” not “5 es oh es”, are an Australian band (not in the same category as boyband because they're all talented as far as instruments) that consists of lead vocalist and rhythm guitarist Luke "Hair Game Strong" Hemmings, lead guitarist Michael "Level 9000" Clifford, bassist Calum "The Funk" Hood, and drummer Ashton "Beatz Master" Irwin. On 23 May 2019, they released the song "Easier" as the lead single from their upcoming fourth studio album. Its follow-up single, "Teeth", from Season 3 of the Netflix series 13 Reasons Why, was released on 21 August 2019. For their upcoming fourth album, the band stated that there is an intentionally "darker sound" and that they were "inspired by dark, synth-heavy groups of the Eighties and Nineties" including Depeche Mode, Tears for Fears, and Nine Inch Nails' song "Closer". They also stated that the direction of the album has been influenced by their listening to Gesaffelstein, Health, St. Vincent, Disclosure and Bob Moses.
In 2018, they won Teen Choice Awards' Choice Music Group, Choice Summer Group, and Choice Song: Group for "Youngblood", MTV Europe Music Award's Best Rock, and ARIA Music Awards' Best Group, Best Australian Live Act, and Song of the Year for "Youngblood".