Goth-punk heroes AFI continue to mature and change, their brand-new album, Bodies, is out now! AFI the Bodies Tour 2022 comes to Fillmore Auditorium on Thursday, March 17th 2022 with very special synth pop guests, Cold Cave. Marching snare’s and galloping guitar’s abound in the new album from AFI, you would have to be a few days cold to not enjoy this new offering, so, grab thy tickets now before you turn. Cold Cave as the main supporting artist, are the brainchild of former hardcore band, American Nightmare, vocalist Wesley Eisold has joined the tour after their newest release, Fate In Seven Lessons, a dark synth-pop seven song EP. 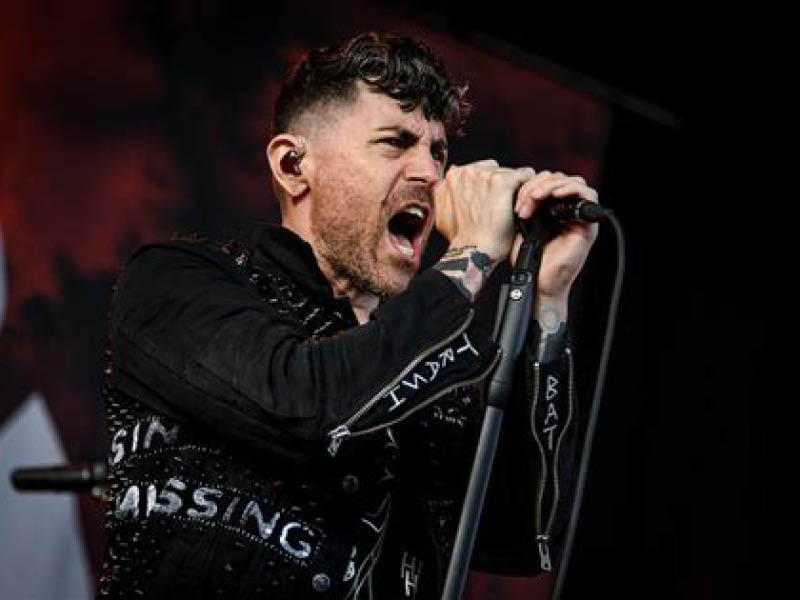 Bodies, instantly feels familiar, in a reassuring way, and not just because five of its 11 tracks have long been available. Like The Blood Album, Bodies saves its most experimental moment for the final track, the extraordinary industrial lullaby “Tied To A Tree” is the album’s high point by several thousand feet. Bodies, is the eleventh studio album by AFI, released on June 11, 2021. Coming in at the 36 spot on the Independent Albums and the 33 spot on the Top Album Sales charts, according to AFI frontman Davey Havok, the album was written in early 2020, prior to COVID-19 lockdowns, which had no impact on the album, apart from delaying its release and subsequent tour, as it was ready all the way back in April 2020.
A Fire Inside formed in 1991 consisting of lead singer Davey Havok, drummer and backing singer Adam Carson, bassist, backing singer and keyboardist Hunter Burgan, and guitarist, backing singer and keyboardist Jade Puget. They have released eleven studio albums, ten EPs, one live album and one DVD, gaining commercial success with their fifth album, The Art of Drowning, from 2000, peaking at number 174 on the Billboard 200, followed by their sixth studio album, Sing the Sorrow, from 2003, which finally gained them fame, coming in at the number 5 spot on the Billboard 200 chart.