All That Remains Tickets

The unparalleled heavy metal band “All That Remains” will be at the Fillmore Auditorium in Denver Colorado this 26thof March 2013. So steel yourself for some head-banging and awesomely heart-thumping music that’s gonna freaking rock your Tuesday night! Show starts at 6:00 PM. 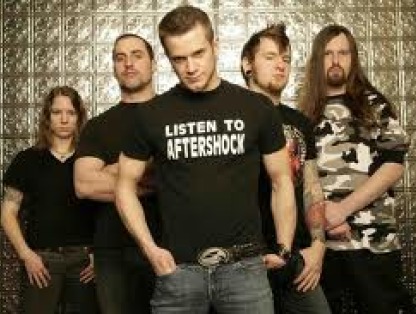 Intense guitar riffs, powerful drums plus illuminating lyrics equals perfect musical mayhem which the heavy metal band All That Remains are known for. With exceptional members – Philip Labonte as  the vocalist,  drummer Jason Costa, guitarists Oli Herbert and Mike Martin, and bassist Jeanne Sagan – no wonder that the group gives rise to amazing songs such as “The Last Time” and “Hold On” which were both chartbuster for over a year. The flawless blend of beguiling melody, relentless rhythms, and marvelously shrill roaring vocals give them undeniable success since its formation in 1998. The album “The Fall of Ideals” paved the way for the band’s mainstream success when it was released on July 2006 and sold over 13, 000 copies only after a week. Their latest album “A War You Cannot Win” which was drawn on political perspective consists of fiery relatable songs that can be viewed through different angles.

The band has certainly proved their virtuosity in providing the best of heavy metal through their combined prodigious song-writing skills, amazing musical talent and overall showmanship. For some seriously memorable night of your life,  secure your tickets now while it’s still on sale!