You guys are destined to revel in a night of music madness with the indie rockers Alt-J at the Fillmore Auditorium in Denver, Colorado. Be there on the 5th of September 2013 at 7:00 PM. You’ll gonna be drenched in flaring exhilaration from start to finish! 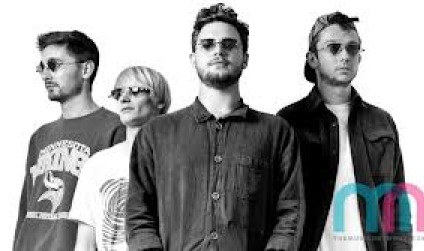 The group’s intriguing name is actually “∆” which appears when pressing Alt and J on mac. Joe Newman (vocals), Gwil Sainsbury (bass), Thom Green (drums) and Gus Unger-Hamilton (keyboards, backing vocals) are the musically-gifted quartet who comprises the band. They instantly propelled into prominence after the successful release of their debut album “An Awesome Wave” in 2012 which won the British Barclaycard Mercury Prize. It was hailed as BBC Radio 6 Music Album of the Year 2012 as well as The Ivor Awards’ Album of the Year. It includes the singles “Breezeblocks” with the music video that won the UK Music Video Award (UKMVA) for Best Alternative Video and the “Tessellate” which peaked at no. 6 on the UK Indie Charts. The album did a hyper swinging, gaining mostly positive reviews such as MusicOMH saying that “while An Awesome Wave sees the band mix a vast range of styles and instruments it never feels forced or over-complicated… This won’t be the last we hear of this utterly compelling four-piece.” Alt-J were also for three Brit Awards  Alt-J were also nominated for three Brit Awards (British Breakthrough Act, British Album of the Year and British Group of the Year).

Don’t miss out the event that’s going to be the next talk of the town. Secure your tickets pronto!