August Burns Red are headed to Fillmore Auditorium on Saturday 6th July 2019, and it's gonna get heavy! This year, the Grammy-nominated metalcore outfit celebrates the 10th anniversary of its third album, Constellations, and they'll be marking the occasion by playing the album live in full! Joining the group in support will be Silverstein and Silent Planet!

"We are very excited to bring everyone the 10 years of Constellations world tour," said August Burns Red. "This is something that fans have been asking for, and we intend to deliver with the most ridiculous production and show we've ever put on. Constellations was an extremely important record for the members in the band, so we can't wait to celebrate with you all!" 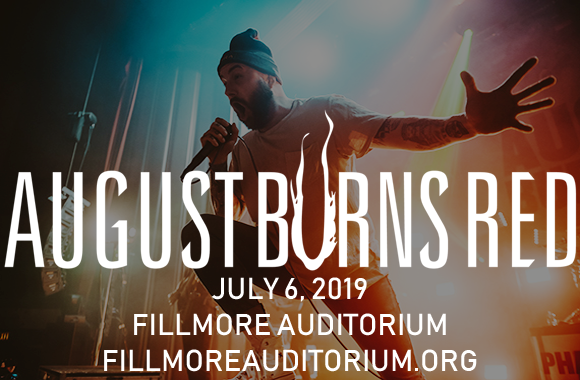