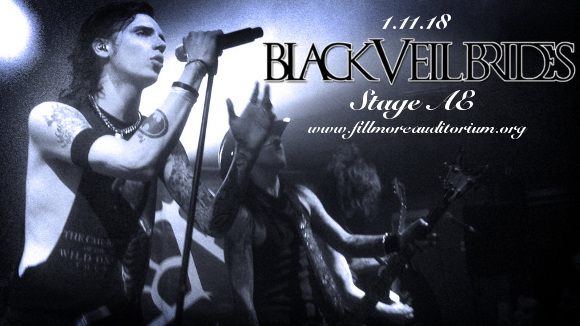 The Resurrection Tour, a massive slog lasting one month and one week, will see the two metal giants rock one venue after another from their beginning in Salt Lake City, Utah to a mighty finish in Las Vegas. This will be Asking Alexandria’s first tour since reuniting with their original singer, Danny Worsnop, and releasing the single “Into The Fire”. As for the Black Veil Brides, their last single, “The Outsider,” was released way back in December 2016 – leaving fans foaming at the mouth for the upcoming tour and album!!

“It’s finally happening, us and Black Veil Brides sharing a stage,” enthused James Cassells, drummer for Asking Alexandria. “A new Asking Alexandria album, headlining sets, all the f–king production…this tour is going to be larger than life. Don’t miss out.”

Fans of both bands will be guaranteed the show of their life as these metalcore and glam powerhouses come together to rock the stage! Be there – get your tickets NOW!