French electroswing band Caravan Palace brings some Parisian glamour and banging beats to Fillmore Auditorium on Tuesday 15th February 2022! The sonically adventurous group marries jazz, swing, hip-hop, and house music to create a unique and lively sound just made for dancing to! Impeccably skilled musicians with a healthy dose of razzmatazz, Caravan Palace are guaranteed to get you jiving and all night long! 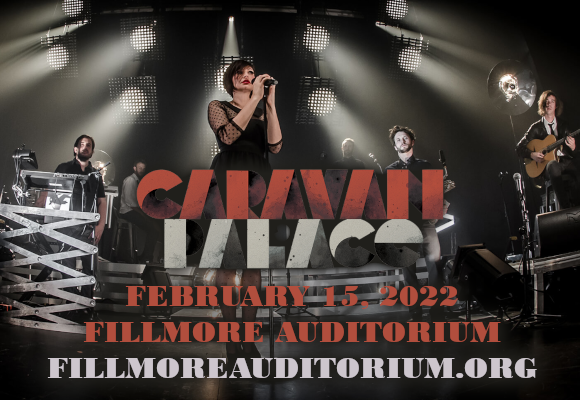 French electroswing band Caravan Palace formed in Paris, France in 2008. Initially a three-piece who met when tasked to compose the soundtrack for a silent adult film, the project soon became a band that began recording demos and promotional singles, which became popular on the internet. After a summer of performing at music festivals across Europe, the group was signed by the Paris-based record label Wagram Music. Their self-titled debut album was released in October 2008 and charted well across Europe, reaching number 11 on the French albums chart, remaining on the chart for 68 consecutive weeks. The band's third studio album, <|°_°|>, released in 2015, brought them to a US audience, reaching number three on the Billboard Top Dance/Electronic Albums chart and number five on the Heatseekers Albums chart. Chronologic (2019), the band’s fourth and most recent studio album, fared similarly well, hitting the Top 10 on both charts.