Carl Cox comes to Fillmore Auditorium on Saturday 12th March 2022 for a special night with Maya Jane Coles and The Bordas Brothers. The Big man is in action once again as he is one of the most sought-after DJs in the world. The event also features the exciting Maya Jane Coles, a music producer, DJ, and audio engineer. Fans can get ready for an amazing techno night at the Fillmore auditorium. Ticket demand is on the rise, and if you’re looking to catch the legendary Carl Cox on 12th March, you will have to act fast and get your tickets right now before they are sold out! 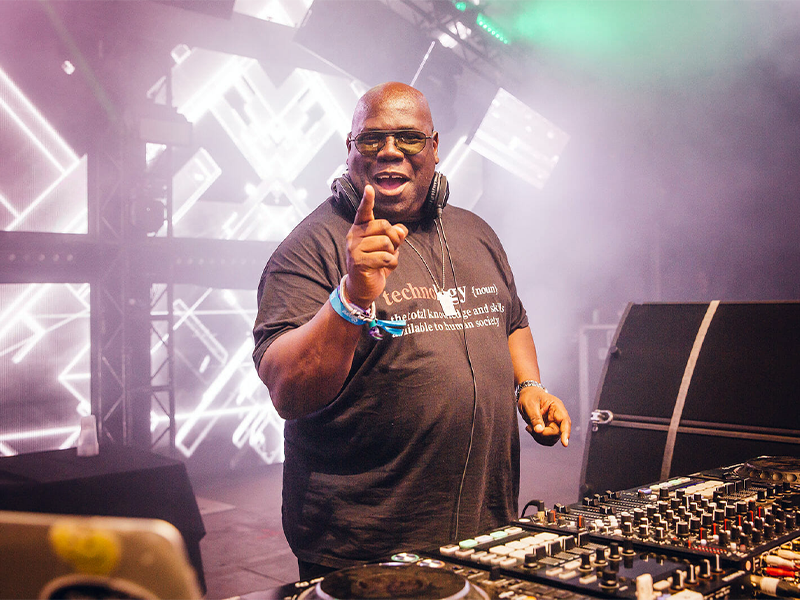 Carl Cox entered the techno music industry in 1980 when he became a mainstage DJ. Since then, he has performed at notable venues around the world and served as BBC’s Radio 1 DJ as well. Carl Cox runs the record label, Intec Digital founded in 1999. Some of the famous shows that he has performed at include Tomorrowland, The BPM Festival, and Ultra Music Festival, to name a few.
Recently, Carl Cox has been busy with music and certain charitable work. Fans constantly await new mixes from their favorite music producer, and to their delight, he recently signed BMG for his upcoming album. Carl found a deep love for disco music very early on in his career and eventually moved to techno. He is one of the most important names in the British music techno scene and is also known as the founder of the British Rave culture. His unique ability is three-deck mixing which any other artists hardly perform in the world. Get your tickets ASAP because they could be gone very soon if you want to see the iconic Carl Cox live in action and dance to some of his amazing tunes.