Charli XCX & Bleachers have teamed up for an exciting tour dubbed "Charli and Jack Do America"! The two proponents of left-of-center dark pop will be co-headlining and are touching down at Fillmore Auditorium on Wednesday 29th July!

"I love Charli," he said. "I love what she does with pop music, how she makes it bizarre. The two of us do totally different things but occupy a similar space–that's what I loved about the idea to tour together. It makes sense in the fact that it doesn't make sense." 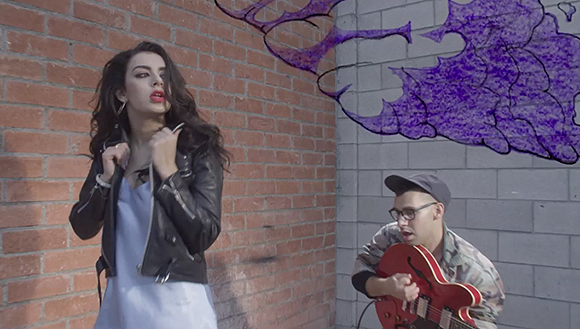 In 2007, at the age of 14, Charli XCX began recording her debut album on a loan granted by her parents. In 2008, she began posting songs from the album on her official Myspace, which led to her being recruited for some of her first live shows by a promoter, who asked her to perform at raves and warehouse parties in East London. XCX's debut studio album, 14, was never commercially released, although several promotional copies were issued and copies were given away at her earliest gigs. After being signed to Asylum Records in 2010, she took a break from music, and in May 2011, she released her first single in nearly three years, "Stay Away", which gained attention from Pitchfork Media, where she garnered the accolade of Best New Track, and they ranked it #35 on their Best Tracks of 2011 list. XCX's second studio album and debut major label studio album, True Romance, was released on 12 April 2013, but her big break came in 2014 when she was featured on Australian rapper Iggy Azalea's song "Fancy", which topped the US Billboard Hot 100, becoming both artists' first number one single on the chart.

Bleachers is an American indie pop act based in New York City that was formed by Jack Antonoff, lead singer and songwriter of Steel Train, and lead guitarist of Fun. Bleachers' debut full-length album Strange Desire was released July 15, 2014.