Alt-rock fans, heads up!! Chevelle comes to Fillmore Auditorium on Sunday 30th July 2017!! In support are the amazing Black Map, and Dinosaur Pile-Up, promising a show never to be forgotten – get your tickets NOW using the “Buy Tickets,” button above! But hurry, they aren't going to last long!! 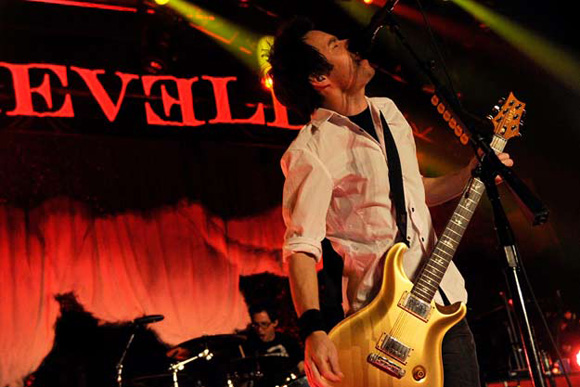 Hailing from Grayslake, Illinois, Chevelle have sold over four million albums since their formation in 1995. Originally comprised of brothers Pete, Sam, and Joe Loeffer on lead vocals/guitar, drums, and bass respectively, the band have had a long and successful career, with their debut album earning a Dove Award for “Best Hard Music Album.” After extensive touring with acts including Machine Head, Filter, and Sevendust, they released their second album “Wonder What's Next,” in 2002 to massive success. Their single “The Red,” reached third place on the Mainstream Rock Charts, and the album hit number 14 on the Billboard 200. It was shortly certified Platinum by the RIAA, having sold more than 1 million copies to date!!

In the wake of this success, Chevelle relentlessly continued to tour and release one commercially successful album after another, constantly developing and refining their gritty, yet undeniably catchy sound, carving their own distinctive style in the alternative rock genre. They will currently be touring in promotion of their 8th album, “The North Corridor,” released to worldwide critical acclaim and described by Allmusic as their "heaviest, darkest, and most aggressive effort in over a decade."

Don't miss out on your chance to see Chevelle with Black Map and Dinosaur Pile-up – get your tickets today!!