Chris Janson is back on the music scene with his latest album release of Real Friends! To celebrate the record, Chris Janson will be once again hitting the road to give his fans a dedicated and exciting concert experience. Everybody knows Chris Janson is a true musician and knows how to leave a crowd wanting more! Get ready as he comes to Fillmore Auditorium on Friday 2nd October 2020! 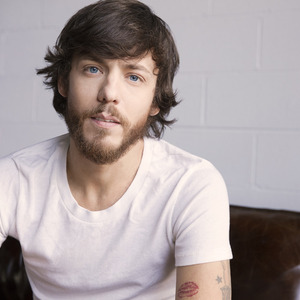 Chris Janson is one of Country's most exciting artists on the music scene and the talented singer songwriter he has truly worked and developed on his career to reach a superstar status over the past decade. With countless hits, Chris Janson has showcased from the beginning that he has what it takes to go far from his hit albums such as Buy Me a Boat, Everybody, and Real Friends – all released via Warner Brothers. But with a sign to Records Nashville, Chris Janson moved up a notch to becoming featured in the Country charts and the rest really is history!

With a whopping nine tracks reaching their way onto the Hot Country Songs and Country Airplay, including singles such as; "Buy Me a Boat", "Fix a Drink", "Drunk Girl", and "Good Vibes". As well as showing off his impeccable craft to create and release his own material, Janson has been featured across the board next to fellow names on albums by Holly Williams and Lee Brice as well as co-writing singles with the likes of; Tim McGraw, LoCash, and Randy Houser.

As well as Chris Janson's studio recording material, he has escalated into the spotlight and has become known for his powerful performance abilities, inviting the crowd in for an intimate, yet explosive experience. Which is why his concerts are always a popular event!

If you're a fan of Chris Janson or even if you just love Country music then whatever you do this coming October – make sure to head on down to catch him as he takes to the stage at Fillmore Auditorium! There's no doubt in mind that it will be a night to remember!