Indie-pop singer-songwriter Clairo has announced a huge headlining tour that will be coming to Fillmore Auditorium on Sunday 20th March 2022! The performer and YouTube sensation has made waves with her sophomore release, Sling, which has captured the attention of critics and stands to be her breakout record! Joining the "Blouse" artist for the evening's support will be British singer-songwriter Arlo Parks and Brooklyn band Widowspeak! 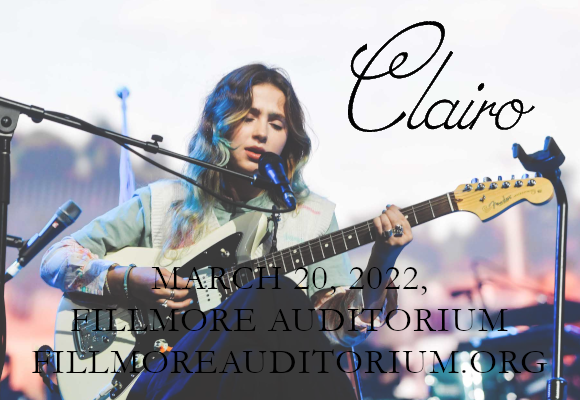 Having captured the attention of MTV at just 13 years-old, there was no doubt Atlanta-based singer-songwriter Clairo was always going to be big news in the industry. After gaining traction via YouTube, the music video for her single "Pretty Girl" went viral in 2017, leading to a deal with Fader Label. She released her debut EP with them in 2018, followed by her critically acclaimed debut studio album Immunity in 2019. The album launched the singles "Bags" and "Sofia", the latter of which became her first single to chart on the Billboard Hot 100.  Sling, her 2021 follow-up album, peaked at number 17 on the Billboard 200. It features production from Jack Antonoff and has once again been critically acclaimed, receiving five stars from NME.