Are you hankering for a night of hard rock madness? Craving for heavy metal insanity? Here’s the terrific announcement: The Clutch will be at the Fillmore Auditorium  on 21st of December 2012! Be part of this ecstatic Friday night at 6:30 PM and be ready to go extreme.

When you think of an American Rock band, Clutch will most probably the first one to come in your mind. Neil Fallon (vocals, rhythm guitar, keyboards), Dan Maines (bass, backing vocals), Tim Sult (lead guitar, backing vocals), Jean-Paul Gaster (drums and percussion) and Mick Schauer completed the line-up of this epic rock band. Everyone who hear their songs will freaking love the incredible sound and the downright ingenuity of the lines. Perfectly blending the elements of funk, Led Zeppelin, Black Sabbath and metal, they have been creating great music. 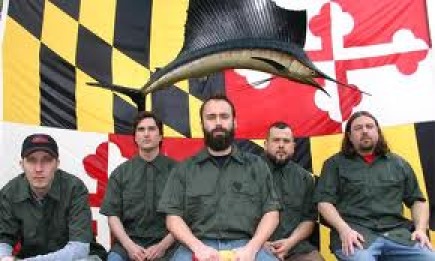 They released their album, Pure Rock Fury by Atlantic in 2001 and followed by the equally exceptional Blast Tyrant as their first for DRT Records. In 2005, their seventh full length, Robot Hive/ Exodus featured the first line-up change since the band was formed in 1990, adding up Mick Schauer as organist. In September 2008, the band’s first live DVD, Full Fathom Five, and accompanying CD, produced and directed by Agent Ogden were released. Clutch announced that their tenth album, Earth Rocker will be released in March 2013. Surely, this will rock the earth!

Indulge your rocker side! This is an uproar you SHOULD NOT miss. Go get your tickets straight away!