Celebrating thirty years since the release of their seminal self-titled album, Danzig comes to Fillmore Auditorium on Wednesday 31st October 2018 for a very special Halloween anniversary show! One of only a handful of live dates (Glenn Danzig has officially retired from touring), the event is an unmissable opportunity for fans to see this iconic metal band live! 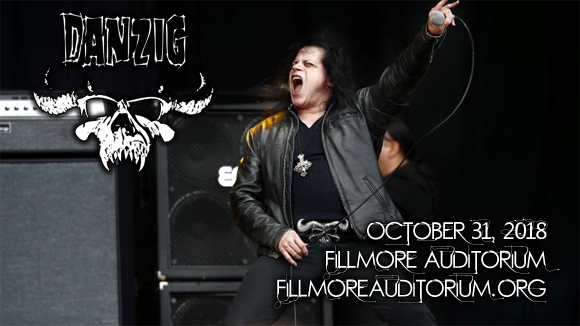 Formed from the ashes of horror punk bands the Misfits and Samhain, Danzig is a American heavy metal band, formed in 1988 in Lodi, New Jersey by singer-songwriter Glenn Danzig. The band has had a variety of line-ups over the years, with Danzig serving as the only constant member. To date, the band has released eleven studio albums, and this year celebrates its thirtieth anniversary.