Daughtry, The Dearly Beloved Tour comes to Fillmore Auditorium on Monday 14th March 2022 with special guests, Sevendust, Tremonti and Travis Bracht. The Dearly Beloved tour returns, after a difficult 2021 for Chris Doughtry, he cancelled all his shows after only preforming in their sixth, but fear not, they are back and are stronger than ever before, so grab some tickets and get ready to Rock! 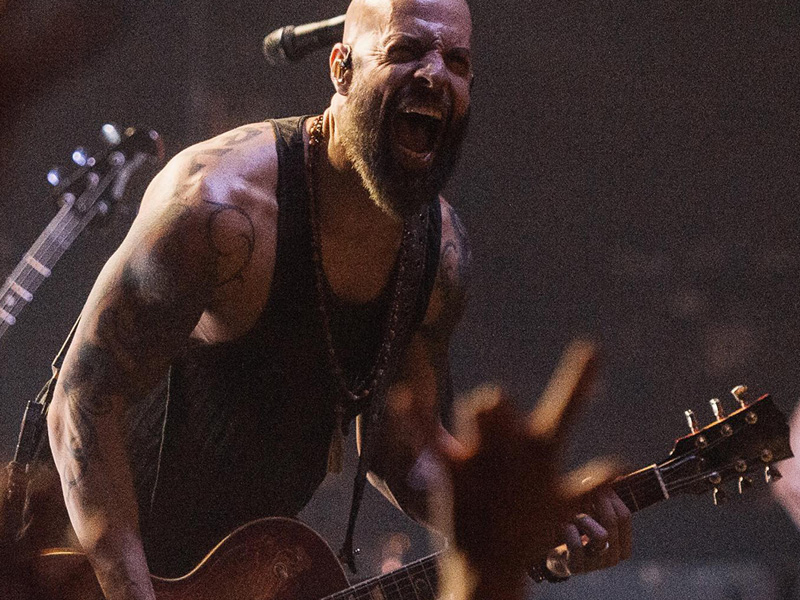 Starting out as one of the most popular finalists of American Idol's fifth season, bold and bald, Chris Daughtry proved that a successful rock act could actually come out of that TV mess. Founded the band, Daughtry, in 2006 and releasing the group's eponymous debut album, which soared to number 1 and was eventually certified six times platinum, becoming the best-selling album of 2007 according to Billboard. Daughtry remained a commercial juggernaut as the years progressed, with subsequent efforts like, Leave This Town, the band's second album, which was released in 2009 and debuted at number one on the Billboard 200 chart, becoming Daughtry's second number one album and going gold. Their third album, Break the Spell, came in the Top Ten and went platinum. The band incorporated pop, dance, and folk elements into their 2013 album, Baptized, but returned to a more modern rock and post-grunge-focused style for 2021s, Dearly Beloved.

Dearly Beloved, the band's sixth studio album was released in September 2021, with a national tour starting in November 2021, featuring Sevendust and Tremonti as co-headlineres, however, due to the sudden death of Chris Daughtry's step-daughter, the shows were rescheduled. The album came in at number 50 on the Billboard 200, number 4 on the Top Hard Rock Albums, and number 10 on the Top Rock Albums charts.