We can forgive you if you curse and say "Holy Fvck" this Monday, October 3, when you immerse yourself in the concert of the one and only Demi Lovato at the Fillmore Auditorium. The 29-year-old singer will bring the excitement of her "Holy Fvck Tour" to this side of Denver, Colorado, and give her fans a concert experience they will never forget. Let the light lyric soprano voice of the multi-awarded singer delight you and your concert buddies' night. Sing along to her career-defining hits such as "Skyscraper," Heart Attack," "Give Your Heart A Break," "Stone Cold," and many others. Be among the first ones to witness "Skin of My Teeth" and other songs from her newest album performed live! Be sure to grab your tickets as early as today so you won't miss this huge event. Hit the "Get Tickets" button to order yours now! 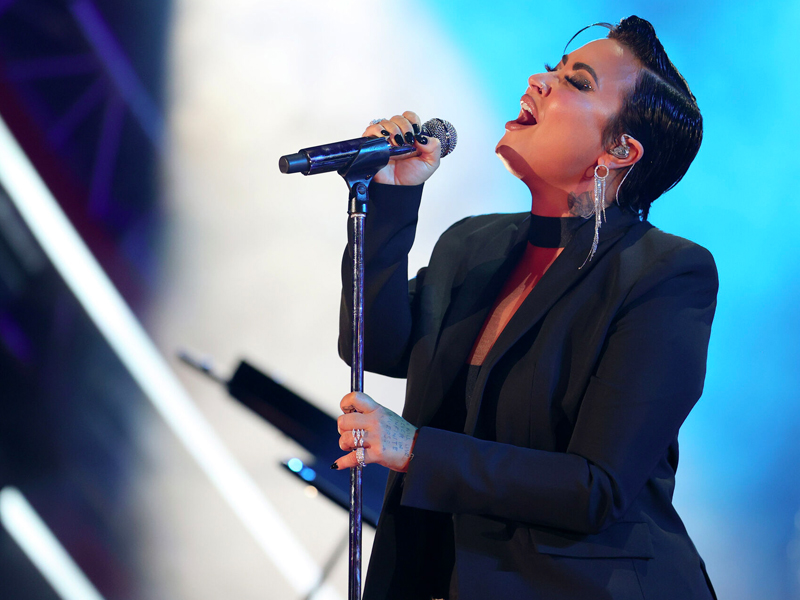 Demi Lovato grew up in the spotlight. She started as a child star, starring in multiple Disney shows. The Disney star began to delve more into music as she reached her teenage years. All seven albums and many of the singles she released throughout her career phenomenally reached the charts. The pop-soul "Skyscraper" from the album "Unbroken," released in 2011, was certified platinum. The karaoke favorite "Heart Attack" from the "Confident" album released in 2015 was an international hit. The soulful album "Tell Me You Loved Me," released in 2017, was a Grammy favorite and the highest-charting of all her released albums. The most recent "Dancing With The Devil… The Art Of Starting Over," released in 2021, reached the top 2 on Billboard 200.

Her ability to express herself in her song with rawness makes Demi one of the world's best vocalists and hit makers. Her upcoming album "Holy Fvck" is expected to express more of their honest reflections about themself. Fans might get another possible hit album. This will come out on August 19. Save the date.

Kicking off in fall in both North and South America, the "Holy Fvck" tour will bring back rock and punk-pop Demi. Beginning in Sao Paolo, Brazil, on August 30, moving up to North American venues. Prepare yourselves as Demi will enliven Filmore Auditorium in Denver, Colorado, on Monday, October 3. Also, don't miss the performances of Dead Sara and The Serpent. What are you waiting for? Tickets are now available, so get yours now before they run out.