UK-based rising star Dua Lipa brings her smokey-voiced pop to Fillmore Auditorium on Monday 10th December 2018! On the Self-Titled Tour, Lipa will treat the audience to tracks from her debut album, including the smash hit single "New Rules", as well as new material from her upcoming record, which shows a more candid side to the performer:

“I’ve been describing it as ‘dark pop’ because people have only heard the pop moments, but there are some really dark, singer-songwriter parts that I’m excited about,” she says. 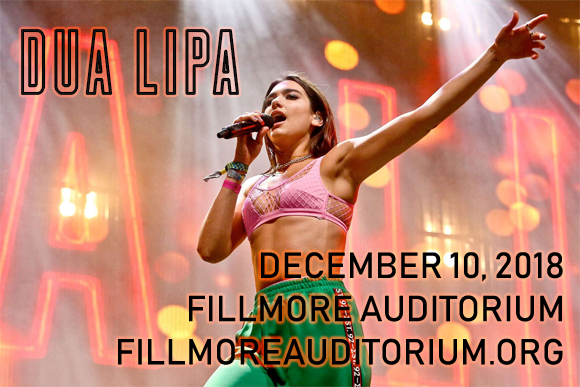 English singer, songwriter, and model Dua Lipa first came to prominence in 2015 when she signed with Warner Music Group. Lipa's debut self-titled studio album was released in 2017, launching eight singles, including "Be the One", "Hotter than Hell", "Blow Your Mind (Mwah)", "IDGAF", which all reached the UK Top 40, and "New Rules", which reached number one in the UK and peaked at number six on the Billboard Top 100.