One of Latin America's most influential artists is ushering into the concert scene with a brave and fierce declaration of his first-ever World Tour. Dominican Republic's urban rap, hip hop, and Dembow artist El Alfa will kick off this monumental tour with a couple of gigs across the U.S.A. which includes a one-night-only engagement at the Fillmore Auditorium on Thursday 11th November 2021. Indeed, El Alfa is ready for the world, armed with massive hit songs culled from 13 studio albums released to date, and with his legions of followers raring and ready to pack in those concert venues to the brim. Mark this date, save those seats, and book your tickets now! 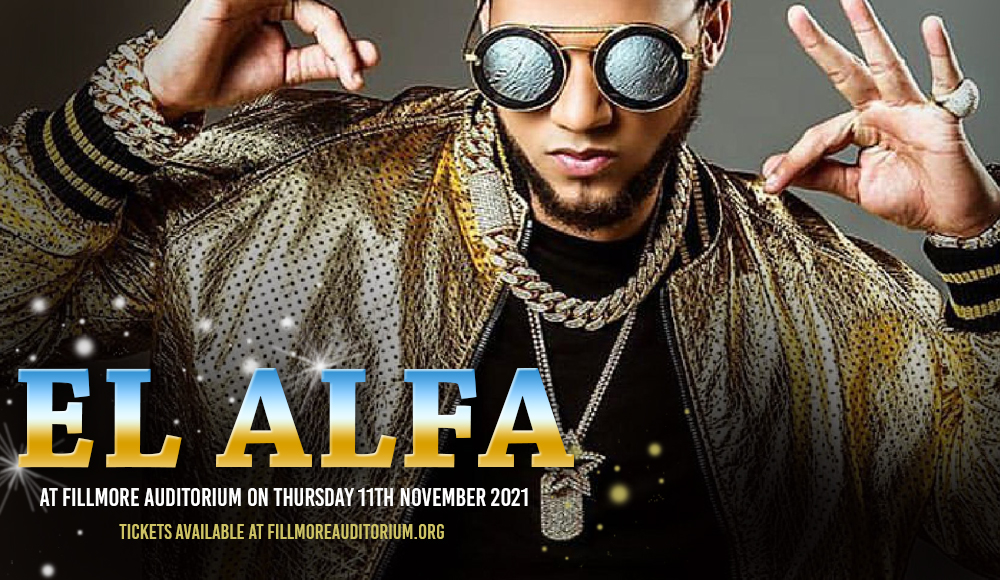 For an artist who clocks in 18,000,000 monthly listeners to his music on Spotify and is ranked #164 in the world, El Alfa is now at the top of the heap of the Dominican Republic's Dembow genre. He has released collaborations with fellow Latin American artists such as Anuel AA, Bad Bunny, and Nicky Jam. In November 2018, he joined creative forces with American rap sensation Cardi B. and released the single "Mi Mami"; as wells as collabs with J Balvin, Pitbull, Tyga, and Black Eyed Peas.

El Alfa made a big splash into the Dominican Republic local music scene in 2010 with his trademark high-pitched, sensual voice and initial afro hairstyle, and zoomed his way up the charts with hit singles such as "Tarzan", "Coche Bomba" and "Muevete Jevi".

El Alfa is ready for the world stage and is bound to raise the roof and drive crowds on their feet. Book your tickets for this epic concert, don't miss it for the world!