Empire of the Sun Tickets

Australian's dreamy electro duo, Empire of the Sun are coming to Fillmore Auditorium on Saturday 12th September 2015! Their award-winning, 2008 debut album 'Walking on a Dream' rocketed them to international success! Their positive approach to making music has created them a very unique sound that brings to mind the likes of MGMT crossed with old school dance music. Their live performances have been described as epic, with their theatrical costume and set designs. Empire of the Sun are ready to blow your mind! 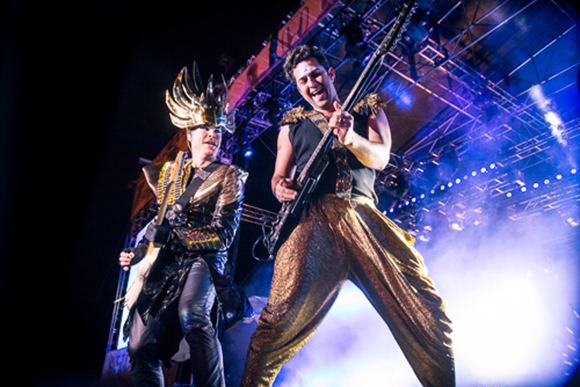 Empire of the Sun are a glam pop band from Sydney, Australia.
After meeting in a bar in Sydney, Luke Steele and Nick Littlemore began to discuss a collaborative project, their idea to create music that felt warm and reassuring to listen to, they have certainly done that with their feel good tracks such as "Walking On A Dream" and "We Are The People". 2009 was a breakthrough year for the duo, with the release of their debut album, came numerous awards, they won Best Group, Album Of The Year, Best Pop Release along with many more.
Their music just keeps on giving to their dedicated fans, their stage presence is beautiful, combined with their impressive outfits and background dancers, making it a real experience, a theatrical showcase that is unforgettable. It doesn't matter what kind of music you are into, Empire of the Sun will win over your heart.