Sisters Klara and Johanna Söderberg, famously known as First Aid Kit, will be bringing their pop-rock indie tunes to Fillmore Auditorium on May 19. Catch the Swedish folk duo as they enthrall audience members with the songs from their latest album "Palomino," including "Out of My Head," "A Feeling That Never Came," "Turning Onto You," and "Angel." If you are a fan of the duo's contemplative songwriting, this is your chance to see them live. Let the bright vocal harmonies of First Aid Kit bring joy to your ordinary Friday evening. Get your tickets now and prepare to be swept away like a Palomino riding off into the unknown. Secure your tickets by clicking the "Get Tickets" link. 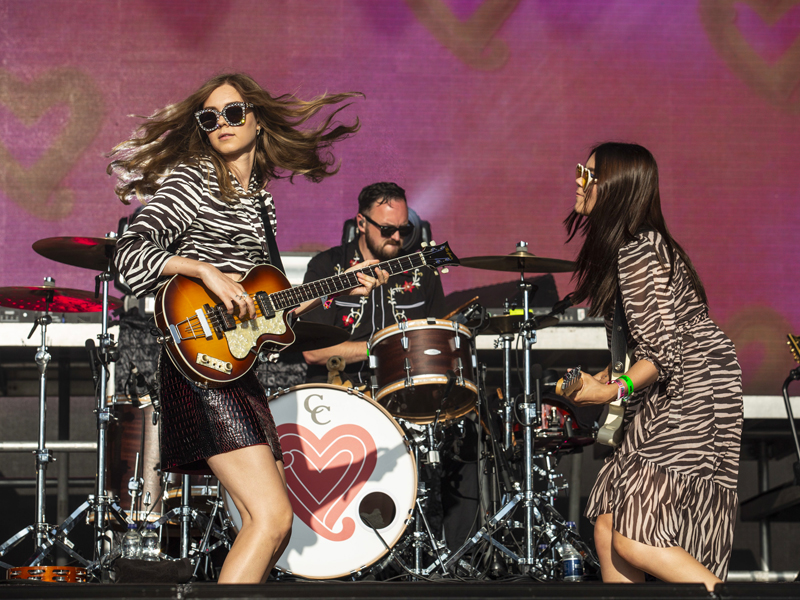 Swedish folk duo, First Aid Kit, expresses the melodic vocals of sisters Klara and Johanna Söderberg. The sisters, who have always been passionate about music, started performing young. From the start, they were destined to become significant. In their career that began in 2007, they have released five albums, four EPs, and several singles. They have also released several EPs. They were nominated for a Brit Award in 2015 as one of the five best international groups.

In 2007, the sisters started putting out music on the internet. This was also the year they sent de mos to Swedish radios. Most significantly, their song "Tangerine" gained traction and was immediately played on air. It later became named one of the best songs of the summer of 2007. The following year, they released the EP "Drunken Trees," which broadened their followings. That same year, their cover of Fleet Foxes' song "Tiger Mountain Peasant Song" got the attention of the band's frontman, Robin Pecknold, who posted their video on the official Floot Foxes site. This brought the sisters' international attention.

Their mainstream breakthrough came after their second album, "The Lion's Roar." It topped the charts in Sweden and the United Kingdom, debuting at number one. Their third album, "Stay Gold," also gained critical acclaim. This release allowed them to be nominated at the 2015 Brit Awards.

In support of their new album "Palomino," the sisters will be on tour. Catch them at the Fillmore Auditorium in Denver, Colorado, on Friday, May 19, 2023. Blues band Hurray for the Riff Raff, best known for their song "Daniella," will be opening for them. Mark your calendars and get your tickets!