The nostalgic 90's Grunge rock band – Garbage are BACK and are embarking on a North America tour this Summer! Best known for their hits "Only Happy When It Rains," "Stupid Girl" and of course "#1 Crush"— fans didn't expect the brand new record to be released just last year! Their sixth studio album, "Strange Little Birds" has been noted as their strongest in many years…

Now the time has come to get ready to catch them LIVE in concert as they come to Fillmore Auditorium on Thursday 15th September 2016! Tickets are on sale now! 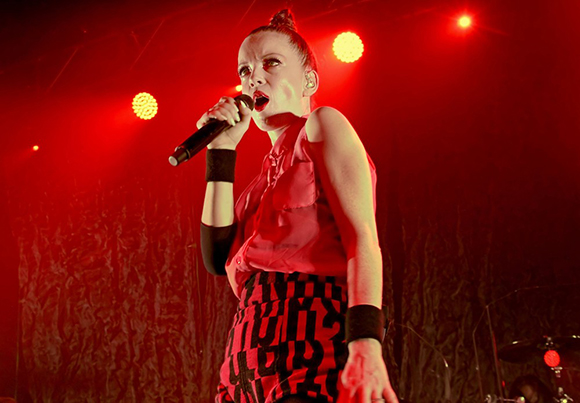 "We had a lot of confidence and a very clear idea about the kind of record we wanted to make," Manson explained. "We all felt we really wanted to make a dark record even though it was really out of step with what is currently played on the radio. We just decided that we felt it necessary to make a very melancholic, cinematic record that we felt was keeping with the times. We feel like we’re living in very strange, dark times, certainly the darkest we’ve ever experienced in our lifetime, and we wanted to make sure we addressed that on this new record."