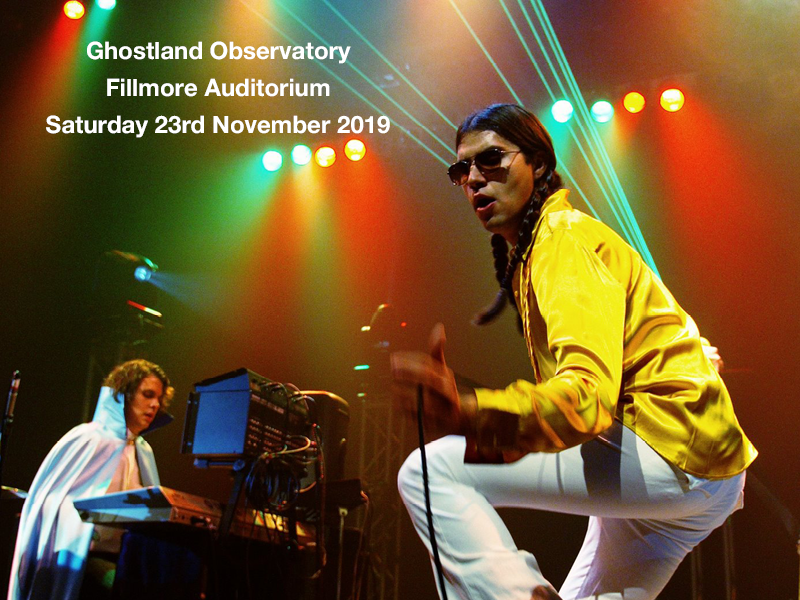 "Putting down your bread and butter is crazy," admitted Aaron Behrens in 2014 about his decision to put Ghostland Observatory on hiatus five years ago. Ghostland Observatory comes to Fillmore Auditorium, bringing you some “Electro-dance Soul Rock”, they are front man Aaron Behrens providing vocals in addition to occasionally playing the guitar and Thomas Ross Turner playing the drums and synthesizer.

All the way from Austin Texas the duo play a mix of electro, rock and funk music. First appearing live with Conan O’Brian in 2007 the band have only moved onto bigger and better things since, playing at Austin City Limits festival, Coachella in Indio, Voodoo Experience in New Orleans, battled Snoop Dogg in Red Bull Sound Clash, Pacific Festival in Orange County California, Counterpoint Music festival in Fairburn and several shows at South by Southwest!