The Original Rap-Rock group Hollywood Undead will be tearing up the stage at the Fillmore Auditorium in Colorado! Don’t miss them on Friday the 26th July 2013 at 6:00pm for the show of a lifetime! 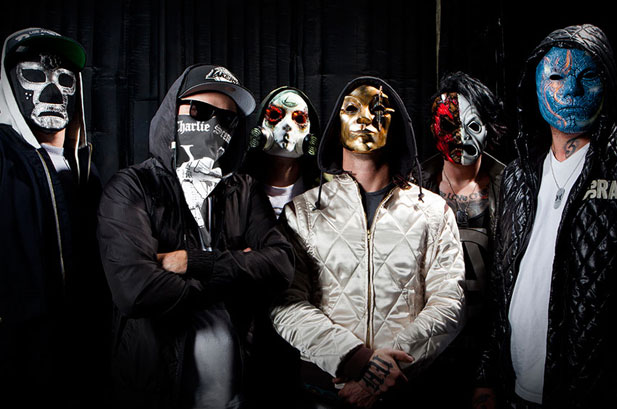 The band, now on their third album, Notes From The Underground, have sold over two million records throughout the US and around three million records worldwide. The expressive music has influences from rap, rock and dance genre’s and are known to constantly redevelop their style. In 2011 the band had a 5th place win from AOL Radio: Top 10 Rock Songs of 2011 with their track ‘Been to Hell’.

This is an event not to be missed; tickets are on sale now!