Are you ready to see one of the biggest rappers in the world right now!? That’s right, the incredible Iggy Azalea comes to Fillmore Auditorium on Friday 23rd November 2018, on tour with her most recent EP, “Survive The Summer”. Known for her no-holds-barred stage show, it’s guaranteed to be the concert of a lifetime. Get your tickets NOW while they last!! 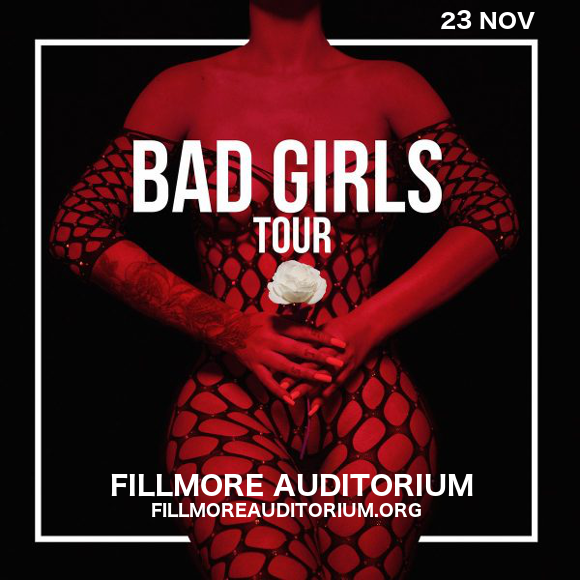 Few non-American female rappers, or rappers full stop for that matter, can hold a candle to Iggy Azalea. The first non-American rapper to reach the top of the Billboard Top R&B/Hip-Hop Albums  chart with her debut album “The New Classic,” the song “Fancy,” from from the same album hit the top of the Billboard 100. At the same time, the song “Problem,” by Ariana Grande ft Iggy Azalea, hit number 2, making Iggy Azalea the first artist since the Beatles to hold the number 1 and 2 spots simultaneously with their first two top 100 songs.

Despite her overwhelming success, the rapper remains humble in the face of the response to her latest work, in particular the lead single “Kream”. “I always hope for the best but, I think there’s a part of me that doesn’t want to hope for anything too big because I don’t want to be let down and this is more than I could have hoped for. It feels surreal that everybody likes it so much. It’s weird.”

She’s sure not to disappoint fans when she returns to the road this year. What are you waiting for?? Those tickets will disappear quick – grab yours quickly, before they go!!