Coming to the Fillmore Auditorium this November In This Moment, Twelve Foot Ninja, Starset & 3 Pill Morning will team up for the 'Black Widow Tour'. The crtically acclaimed hard rockers have just released a long awaited new album, Produced by longtime collaborator — and multiple GRAMMY® Award nominee — Kevin Churko (Five Finger Death Punch, Ozzy Osbourne).
"'BLACK WIDOW' is definitely the darker part of me," says singer Maria Brink. "This album is about finding the weakness inside and turning it into strength. It's about being reborn, setting yourself free and realizing the balance in everything — the dark and the light." Get your hard rock kicks on November 2nd, tickets up now! 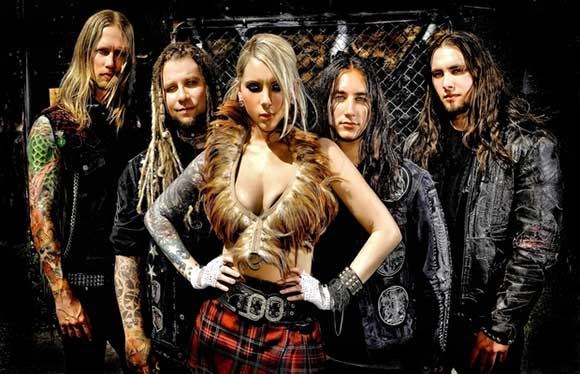 In This Moment is an American metalcore band from Albany, New York, formed by singer Maria Brink and guitarist Chris Howorth in 2005. The band are critically acclaimed, promoting a dark image. The tour will support their latest album Black Widow which is their first release since 2007.