R&B songstress Jazmine Sullivan is hitting the road this spring to promote her latest album, Heaux Tales. The “Bust Your Window” singer embarks on an 11-city tour, including a stop at the Fillmore Auditorium in Denver, Colorado, on Friday, 1st April 2022! Get ready to witness Sullivan’s unique blend of modern and old-school hip-hop music style showcased through a specially curated setlist. Fans can expect to hear her biggest hits, such as “Need You Bad,” “Holding You Down (Goin’ in Circles),” “Lions, Tigers, and Beers,” and many more. Get your tickets now, and don’t miss this opportunity to experience Jazmine Sullivan live in concert at the Fillmore Auditorium! 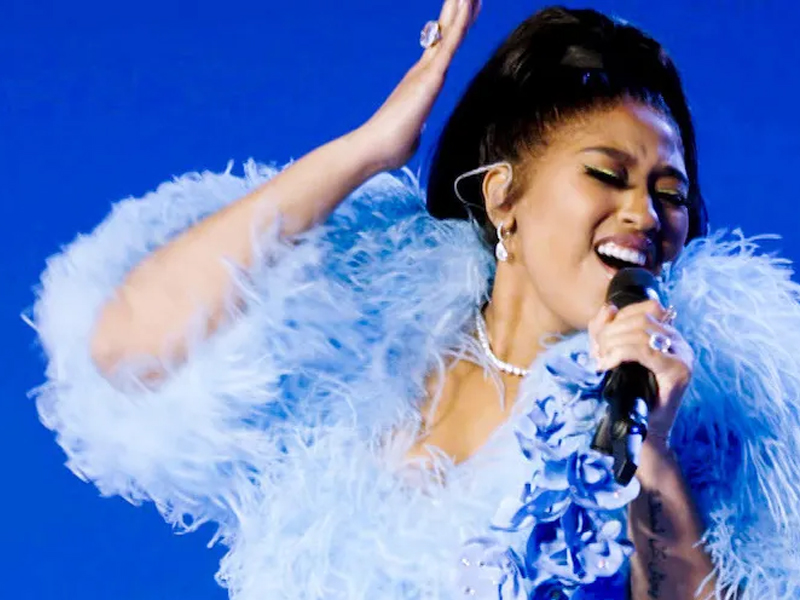 Jazmine Sullivan’s vocal range was first demonstrated at the tender age of 11 when she performed at the Showtime at the Apollo singing competition. At 15, she was signed to Jive Records. After her stint with Jive, Sullivan got the opportunity to work with Missy Elliot and Cool & Dre and contributed a few songs for other artists. It wasn’t until the release of her single, “Need You Bad,” that Sullivan got her first big break. The song featuring Missy Elliot and Salt-n-Pepa member Sandy Denton debuted at number 37 on the Billboard Hot 100 songs chart.

In 2008, Sullivan released her debut album Fearless, which peaked at number 1 on the Top R&B/Hip Hop Albums chart and number 6 on the Billboard 200 Albums chart. Sullivan’s second single from the album, “Bust Your Window,” also performed impressively on the charts, even earning a Grammy nomination for Best R&B Song. After Fearless, Sullivan released three more studio albums, all of which received critical acclaim and nominations from the Grammy Awards for categories, including Best Female R&B Vocal Performance, Best R&B Song, and Best R&B Album. In 2010, Sullivan won the Rising Star Award at the Billboard Women in Music. Her latest album, Heaux Tales, also won Outstanding Album at the NAACP Image Awards and Album of the Year at the Soul Train Music Awards and BET Awards.