The sensational Japanese R&B and hip-hop act from the highly-acclaimed label 88rising known for their Asian and Asian American hitmakers, the one and only Joji is making his big return to the live stage at the SMITHEREENS tour. After dropping his first song in two years with "Glimpse of Us", big surprises are in store as Joji hits the stage at Filmore Auditorium on Sunday, 11th of September 2022. Known for his lovelorn tales including "Yeah Right" and "Slow Dancing in the Dark" that gives listeners all the feels, get ready to scream, sing along, and shed a tear at the SMITHEREENS tour. So, book those tickets now! 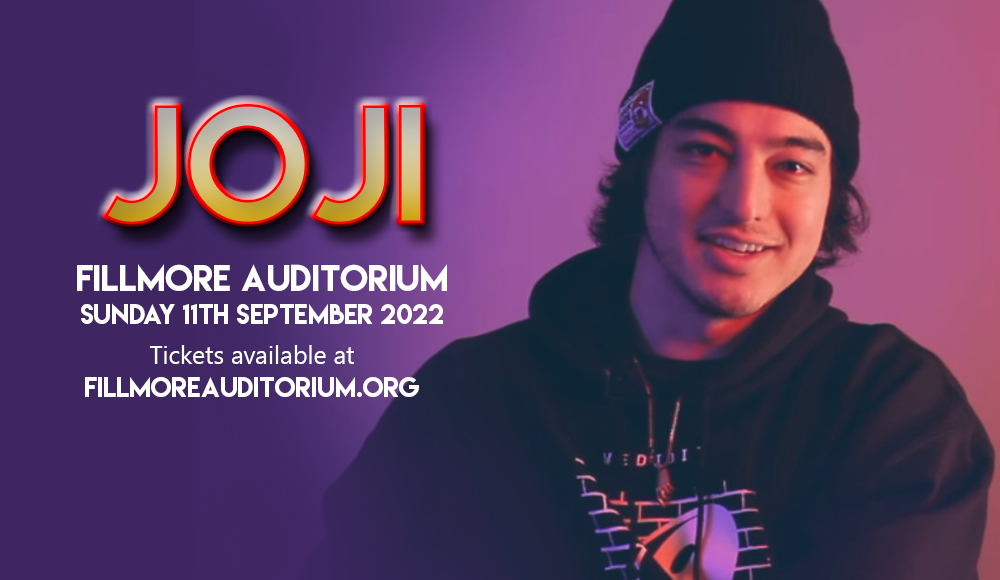 Hailing from Osaka, Japan, George Kusunoki Miller moved to the US at age 18, and became known around the world for his silly YouTube comedy antics. In 2018, he stopped producing comedy citing health conditions, and a loss of interest. From his Filthy Frank persona and Pink Guy musical comedy phase, the world soon found Joji breaking into the scene for his magnetic and relatable lovelorn tracks.

In 2017, he came crashing into the scene under 88rising with his first singles "I Don't Wanna Waste My Time", "Rain on Me", and "Will He". He dropped his debut EP "In Tongues" in November of the same year. From then on, he continued making bigger waves across the world with his 2x RIAA Platinum hit single "Slow Dancing in the Dark". Joji's succeeding hit tracks and fan favorites include "Test Drive", "Run", "Gimme Love", and "Sanctuary".

Since the release of his sophomore record "Nectar" in 2020, Joji hasn't dropped any new material, not until the big surprise of his newest single "Glimpse of Us" in June 2022. The track hit #10 on the US Billboard Hot 100, marking his first top-ten hit on the chart. The song soon found itself making rounds on the social video-sharing app TikTok for its lovelorn and conflicted lyrics being used for relationship-themed TikToks.

Know for his striking lyrics that ooze lovelorn relatability, sung over electronic beats that deliver the signature Joji vibe, "Glimpse of Us" takes Joji's sound to a new level. Sung over a striped piano, Joji's vocals are highlighted at its best, making his lyrical craft strike the hearts of listeners even greater.

"Sometimes I look in her eyes / And that’s where I find a glimpse of us," he sings in "Glimpse of Us".

Don't miss out on Joji's big return to the live stage at the SMITHEREENS tour by booking those tickets now!