It's a dream team for modern R&B fans as Jorja Smith & Kali Uchis head to Fillmore Auditorium on Saturday 25th May 2019 on the The Kali & Jorja Tour! The "Tyrant" collaborators are both promoting their debut albums (Isolation and Lost and Found, respectively), which they both dropped to critical acclaim last year! Get ready for a night of soulful voices and fierce attitudes from these rising stars! 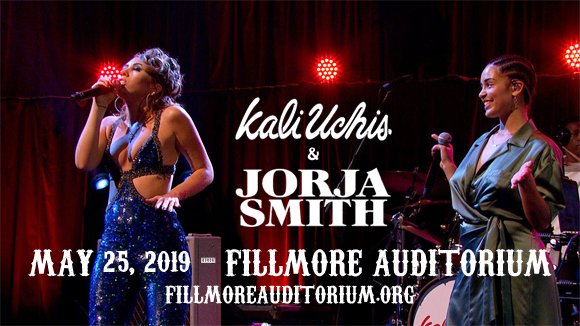 English singer-songwriter Jorja Smith first came to public attention in 2016 with the release of her debut single "Blue Lights", which gained over 400,000 plays on SoundCloud within a month. "Where Did I Go?", her follow-up single, was released that May and was picked by  Drake as his favourite track of the moment in Entertainment Weekly in July. Smith released her debut EP, Project 11, in November 2016 and she performed as a special guest on Drake's Boy Meets World Tour the following year. She featured on Kali Uchis' song "Tyrant", the lead single off Uchis' debut studio album Isolation (2018) and also collaborated with grime rapper Stormzy on the track "Let Me Down" (2018). In February 2018, "I Am" was released, a track she co-wrote and performed for Kendrick Lamar's soundtrack album for Black Panther.She released her debut studio album, Lost & Found, in June 2018, reaching the top 20 in eight countries including the UK.