Synth-pop superstar Kesha is back on the road for her first solo tour in four years, and she's coming to Fillmore Auditorium on Tuesday 24th October 2017! The "Tik Tok" singer will be performing songs from her new album on the aptly titled Rainbow Tour, as well as dancefloor-filling hits like "We R Who We R"!

“My new album ‘Rainbow’ is dedicated to my fans. And I'm so excited to be able to invite you all to come boogie with me on my new ‘Rainbow Tour’,” Kesha said in a statement. “I would not have made it to this point without my animals and supporters so now come out and join the celebration with me.” 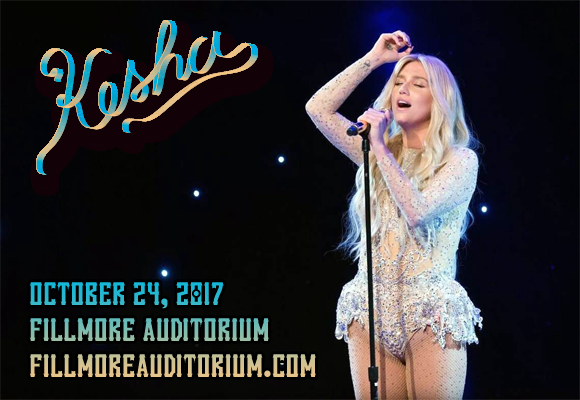 Best known for her smash hit singles "Tik Tok" (which at one point, was the best-selling digital single in history, selling over 14 million units internationally), "We R Who We R", "Timber" and "Die Young", American singer, songwriter and rapper Kesha first came to prominence in 2009 after appearing on American rapper Flo Rida's number-one single "Right Round". Her debut album, Animal (2010), went straight to number 1 in several countries and lead her to win the  MTV Europe Music Award for Best New Act in 2010. As of November 2013, Kesha has reportedly sold over 33 million records in the United States and 60 million records worldwide, and after a musical hiatus, she has returned in 2017 with the release of her third studio album Rainbow.