The new face of Memphis rap, Key Glock, is hitting the road this 2023 for a concert tour that will pump up all rap fans in the country. Catch the "Ambition For Cash" hitmaker in his "Glockoma Tour," which will stop at the Fillmore Auditorium on April 2, Sunday. If you are a fan of his songs' catchy hooks, heavy bass, trap beats, and powerful lyricism, you don't want to miss this concert event. Throw your hands up in the air while you sing along to his hits, including "Gang Shit No Lame Shit," "Mr. Glock," "Russian Cream," and "Jigsaw," to name a few. Mark your calendars and prepare to jam with other Key Glock fans. Grab your tickets now! 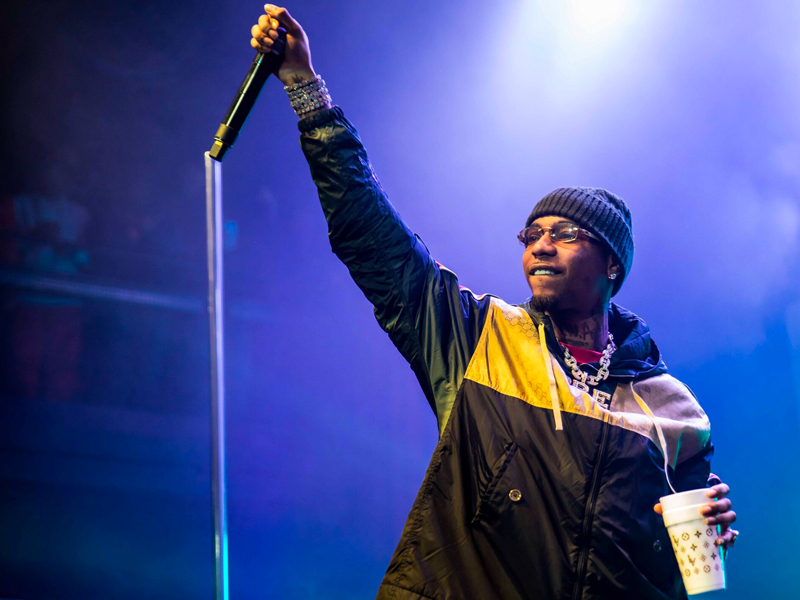 Key Glock is an American rapper from Memphis, Tennessee. He is signed to Young Dolph's Paper Route Empire label and is best known for his mixtapes Glockoma and Yellow Tape. His music is characterized by his unique flow and witty lyricism. His style is heavily influenced by Memphis rap, and he often references his hometown in his songs. He has a knack for creating catchy hooks, and his music often features heavy bass and trap beats. His lyrics often focus on his life in Memphis, hustle, and ambition.

Key Glock has been making music since 2016 and has released several mixtapes since then. His debut mixtape, "Whole Lotta Errthang," was released in 2016. The mixtape was well-received and helped to establish Key Glock as an up-and-coming artist. His follow-up studio album, "Yellow Tape," was released in 2018 and featured the hit single "Mr. Glock." This debut was even more successful than his past mixtapes and helped to further solidify Key Glock's place in the rap game. Key Glock has also collaborated with several other artists, including Young Dolph, Moneybagg Yo, and Blac Youngsta. He has also been featured on tracks by other artists, such as Lil Baby and Gunna. His collaborations have helped to expand his fan base and reach a wider audience.

Catch the rapper at the Fillmore Auditorium on Sunday, April 2, 2023. Another Memphis rap artist, Big Scarr, will also perform. He is best known for his song "SoIcyBoyz" with Pooh Shiesty, Foogiano, and Tay Keith. Tickets are now available!