Ladies and gentlemen, put your hands together for one of the hottest names on the music scene right now! The one and only Kid Cudi is taking to the road on his 'Passion Pain & Demons Slayin' tour! Tickets are now available to see the unmissable Kid Cudi! Coming to Fillmore Auditorium on Friday 10th November 2017, this show is one of the most talked about events of the year, and you can see why! Make sure you book your tickets before they no doubt sell out – it's only a matter of time! 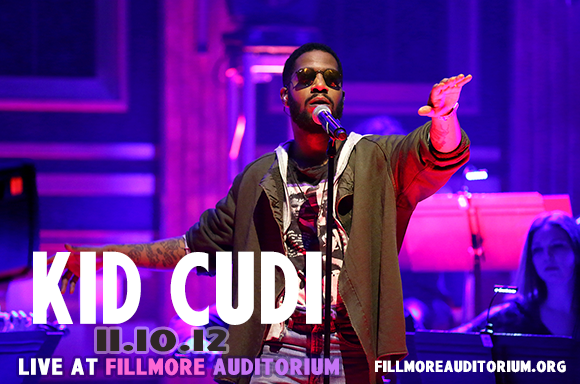 Kid Cudi is currently the talk of the town! Since his debut back in 2008 with his first mixtape release, now almost 10 years later, he is continuing to smash the charts, with the help of Rapper and Producer, Kanye West, who saw big things in him. As he signed to GOOD music in 2008, Cudi was able to smash out singles. Along with this, he has sold over 5.2 million digital sales – a success that tops the position. He has also written and worked with so many superstars such as; Jay Z, Mary J. Blige, David Guetta, MGMT, Shakira, Snoop Dogg and Michael Bolton, the list goes on!

Now in 2017, Cudi has a total of six studio albums to date, his biggest single 'Day N Nite' transformed his career into a sell out stardom level! Come and experience what he has to offer LIVE this coming Winter on his 2017 tour! New and long standing fans unite for an exciting and huge