The house is assured to be literally rocking on Thursday, December 1st 2011 as the world renowned music artist will take the stage of the Fillmore auditorium Co, Denver, Co to give a live performance. 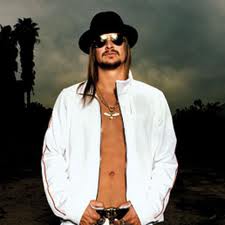 40 years old, Robert James Bob Ritchie, who is widely known by his stage name – Kid rock is an American musician, singer, rapper and song writer holding five prestigious Grammy awards in his hand.  The artist is well known for his unique music, which features elements of country, funk, southern rock, hard rock, metal, rap, hip hop, and blues–rock music. Kid Rock has released many albums, but all of them went unnoticed, until his album “Devil without a cause” was released in the year 1998 and sold more than 11 million copies worldwide.

It must be mentioned that Kid Rock has sold more than 22 records all across the globe and is also ranked as the 99’Th best selling music artist of United States.