Launching into the New Year with style, Fillmore Auditorium brings you KS 107.5 Snow Show on Saturday 21st January 2017, with one of rap's rising stars: Machine Gun Kelly! Melting away those winter blues with hip-hop's hottest, this party's gonna have it goin' on!!! Grab your tickets now! 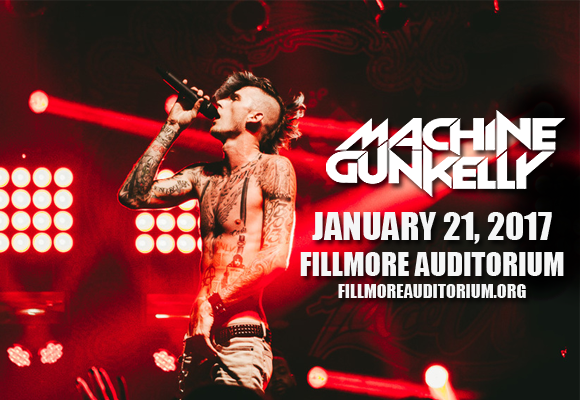 American rapper and actor Machine Gun Kelly began his music career as a teenager in 2006 with the release of his debut mixtape Stamp of Approval. After releasing his national debut single “Alice in Wonderland” in 2010, MGK was approached by Sean Coombes and secured a recording contract with Bad Boy and Interscope Records in 2011. In October 2012, he released his major label debut album Lace Up, which was received well both critically and commercially, debuting at number four on the US Billboard 200 chart; eventually selling more than 178,000 copies. His second studio album, General Admission, which released in October 2015, and also debuted at number four in the US.