It's time to get on down, get funky, get loose as Boston-based funk massive Lettuce comes to Fillmore Auditorium on Saturday 21st October 2017! The band are bringing their Mt Crushmore Tour to the stage, performing songs from their red hot album of the same name! Make sure you wear your dancing shoes – these guys will have you going all night! 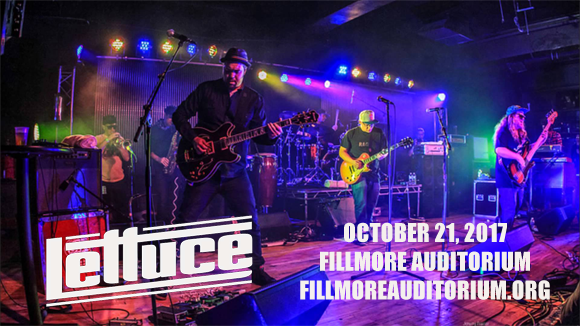 Boston-based funk band Lettuce originated in the summer of 1992 when all of its members attended a music program at Berklee College of Music in Boston, MA as teenagers. Two years later, the group came together again as undergraduates, and began performing in local jazz clubs. The band released their debut album, Outta Here, in 2002 and to date they have released five studio albums. Their most recent album, Mt. Crushmore, was released in November 2016.