They’ve got the angst! They’ve got an abysmally thrilling performance and they’re ready to give you a night of sheer musical insanity! It’s either you detest them or you horribly love them like an outrageous buff,  whichever way it is, you’ve got to catch the modern rock superstars LIMP BIZKIT live at the Fillmore Auditorium in Denver, Colorado on May 18, 2013 at 8:00 PM!

This controversial nu metal band consists of the lead vocalist Fred Durst, Sam Rivers on bass, John Otto  handling the drums,  guitarist Wes Borland and DJ Lethal manning the turntables and keyboards. Limp Bizkit is identified for their sharp and blunt lyrics, unique masks and body paint and their wildly exuberant live shows. In spite of being one of the most divisive band of this generation, they still have loads of fanatical disciples hence they have sold more than 30 million records worldwide. 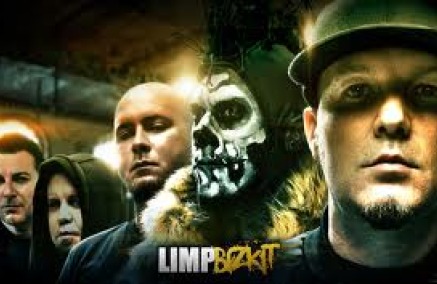 The band earned a pile of awards and nominations including 3 Grammy Awards nomination as Best Hard Rock Performance twice for Nookie and Take A Look Around and Best Rock Album for Significant Other. In 2000 and 2001 they were hailed as the winners of the Blockbuster Awards for Favorite Group (Rock) and also won the Best International Metal Band award by the ECHO Awards. They were nominated for 3 American Music Awards, winning one of the as the Favorite Alternative Artist in 2002. Extending their fame and success, they were the first group inducted into MTV’s Total Request Hall of Fame in May 26, 2001.

Tickets will surely be sold out way too soon so you’ve gotta hurry and reserve yours now!