Philly rapper Meek Mill will perform his hits at Fillmore August 2, 2012 at 7:00 p.m. Regarded as one of the best new rappers in the game, you won’t want to be caught at home! 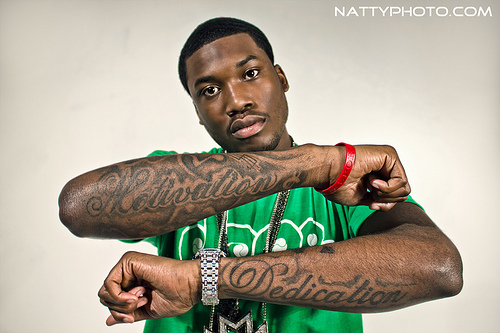 Philadelphia rapper Meek Mill began releasing mixtapes in 2006. Within a few years, after the release of Flamerz 2, his output prompted offers from Warner Bros. and T.I.’s Atlantic-affiliated Grand Hustle.

After a brief stint in jail, the rapper continued pushing mixtapes, including a fourth volume of the Flamerz series, and was included in XXL magazine’s Freshman Class feature for 2011. Through Twitter, Meek Mill caught the attention of Rick Ross, and in 2011, he released his debut single, “Tupac Back”, featuring Rick Ross. That same year he released another single from the album, “Ima Boss”, also featuring Ross. Tickets are close to selling out, get ’em while they’re hot!