Thrash metal gods Megadeth are embarking on a new world tour dubbed "Dystopia"! The title comes from their highly anticipated recent album of the same name, which sees a fresh line-up for the veteran band, including Lamb of God drummer Chris Adler and guitarist Kiko Loureiro of Angra! Not content with performing a new album with a new line-up, the metal monsters bring with them very special guests Suicidal Tendencies, Children of Bodom and Havoc! See them all at Fillmore Auditorium on Tuesday 23rd February! 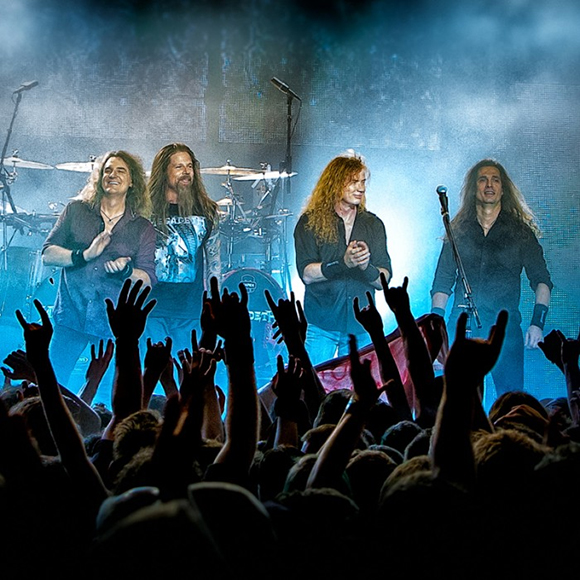 Formed Los Angeles in 1983 by guitarist Dave Mustaine and bassist David Ellefson, shortly after Mustaine's departure from Metallica, Megadeth is considered to be one of the pioneering bands of the American thrash metal scene. Acknowledged as one of the “the big four”, alongside Anthrax, Metallica and Slayer, Megadeth was responsible for developing and furthering the popularity of the genre. The band's debut album Killing Is My Business… and Business Is Good! was released in 1985 with independent label Combat Records. Its success in underground metal circles was enough to attract attention from major labels and the band released their first major-label album, Peace Sells… but Who's Buying?, in 1986, having signed with Capitol Records. To date, Megadeth has sold 50 million records worldwide, earned platinum certification in the United States for five of its fourteen studio albums, and received eleven Grammy nominations. The band's 2016 release, Dystopia, sees Lamb of God drummer Chris Adler and guitarist Kiko Loureiro of Angra performing on what is Megadeth's fifteenth studio album.