Meshuggah comes to Fillmore Auditorium on Sunday 2nd October 2022 (Rescheduled from Tuesday 8th March 2022), with very special guests, Converge, and Torche. Extreme metal, that’s what you are getting yourself into, described by pundits as, a band well known for their innovative musical style and their complex, polymetered song structures and polyrhythms. But you know, these are just fancy words, really its layers upon layers of guitars, heavy riffs and deep throaty, blood-curdling screams! Buy your tickets now, lead guitarist Hagström hinted that the band has begun working on a new album, you could be in for something really epic. 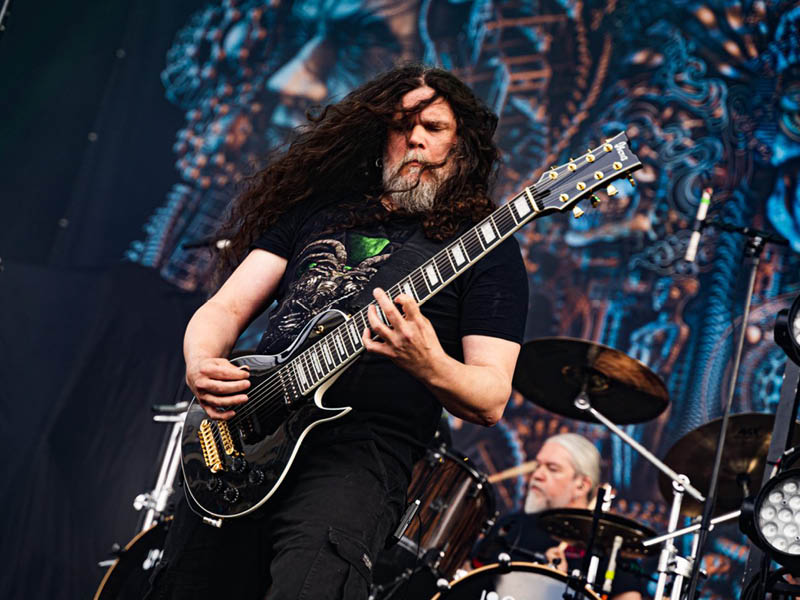 Meshuggah, are a Heavy metal band, often labelled as experimental metal, avant-garde metal or extreme metal crossing both thrash metal and death metal. AllMusic describes Meshuggah as "masterminds of cosmic calculus metal, call it Einstein metal if you want". Where is, Hagström notes, "it doesn't really matter if something is hard to play or not. The thing is, what does it do to your mind when you listen to it? Where does it take you?"
From Umeå in Sweden, Meshuggah, are lead vocalist Jens Kidman, lead guitarist Fredrik Thordendal, drummer Tomas Haake, rhythm guitarist Mårten Hagström and bassist Dick Lövgren. They have released eight studio albums, and six EPs, their latest offering, The Violent Sleep of Reason, came out in 2016, with the single, "Clockworks" being nominated for a Grammy Award for Best Metal Performance in 2018. It is an unusual album for modern times in that it was recorded live in the studio, simultaneously with all members, rather than recording each instrument separately and then layering them in post-production. According to Haake, “this allowed the band to capture their sound more honestly and to capture the rawness of albums from the late 80s and early 90s that inspired us when we were growing up." Haake elaborated, "But where we recorded live you get to hear the push and pull, one person might be a little ahead and the other might be a little behind. If you kill that, you can kill the energy."