Morgan Wallen fans rejoice! This year, Wallen finally heads out on his own headlining tour, coming to Fillmore Auditorium on Friday 1st May 2020! The singer has named it the Whisky Glasses Roadshow and he'll be joined for the stint by Jon Langston & Ashland Craft!

“This year so far, I’ve mostly played shows as the opening act. While I love that, and appreciate everyone who’s made that possible, I’m ready to get into rooms where I know the energy will all be directed towards our music and our production,” says Morgan. “It’s been a while since I’ve gotten to headline, so I can’t wait to see some of the same faces I’ve gotten to know from before and get to know a bunch of new ones. I know it’s going to be the best one yet. Jon is one of my good buddies and has his own star rising, so I’m super pumped he accepted the offer to come out. Ashland is a new talent, one that most aren’t familiar with yet, but that will change soon. So I ask y’all to show up early and show both of them love. You won’t be disappointed.” 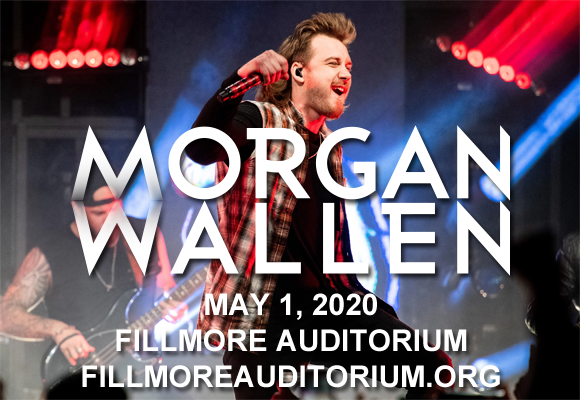 Country music singer and songwriter Morgan Wallen first came to public attention in 2014 when he appeared as a competitor on the popular televised singing competition The Voice. He was eliminated from the show, but it gave him both exposure and a collaborator in the form of The Voice's vocal coach Sergio Sánchez from the band Atom Smash. Not long after leaving the competition, Wallen moved to Nashville, Tennessee, where he and Sánchez formed the band Morgan Wallen & Them Shadows. However, the band did not last, and Wallen decided to pursue a solo career, signing to Joey Moi's Big Loud Records in 2016. Wallen's debut album, If I know ME, was released in 2018, reaching number three on the Top Country Albums Chart and number 35 on the Billboard 200.