Buckle up and prepare to be aroused as musical comedy love gods Ninja Sex Party embark on their first ever national tour! Heading to Fillmore Auditorium on Saturday 23rd September 2017, Danny Sexbang and Ninja Brian are here "to take your body sweetly by the hand and then rock its face off with amazing music!" 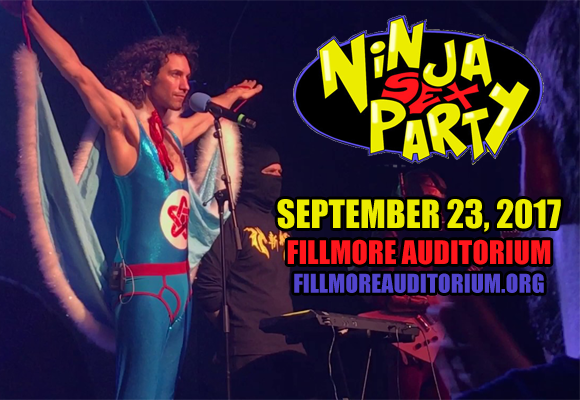 Dan Avidan and Brian Wecht, under the aliases Danny Sexbang (“an idiotic, exuberant, and strangely-dressed hypersexual Jew”) and Ninja Brian (“an uncommunicative, homicidal ninja”) are the musical comedy duo Ninja Sex Party. To date they have released four studio albums, with their most recent, Under The Covers (2016), debuting on the Billboard charts at #9 in Top Album Sales, #2 in Independent Albums, #3 in Rock Albums, and #17 in the Top 200 Albums.