It's confirmed for 2016! PartyNextDoor & Jeremih will be taking to the road on a co-headline tour to bring together their huge collaboration on tracks such as "Like Dat." It's an exciting year for both of the acts as Jeremih has recently announced a brand new album with PARTYNEXTDOOR titled, 'Late Night Party'. The hype for these dates is unreal and is already kicking off… so be sure to book your tickets and get on down for the show at Fillmore Auditorium on Tuesday 6th December 2016! 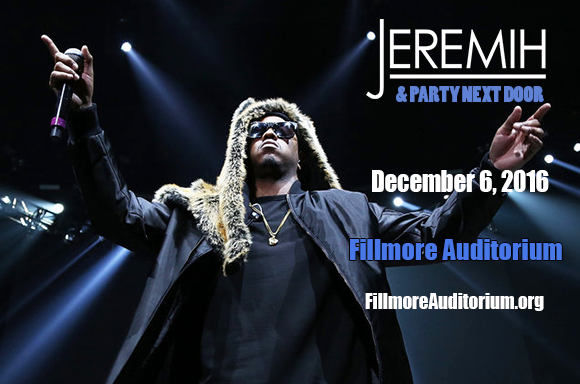 Right now, Jeremih is one of the more elusive artists in music… this R&B star, who reached the top 4 back in 2009, has gained more recognition after several notable collaborations. But it wasn't until 2015 until something very special happened indeed! With the release of The Late Nights: Album, Jeremih brought his freshest flow to the world, with some of the catchiest melodies – "pairing his steamy vocals with space-y beats perfect for an after-hours rendezvous."