Can’t get enough of his gorgeous raspy voice? Fret no more because the American Idol Season 11 winner Phillip Phillips is set to flame up the stage of Fillmore Auditorium for his much-anticipated tour on August 1, 2013. Get ready to be captivated once he starts crooning yo 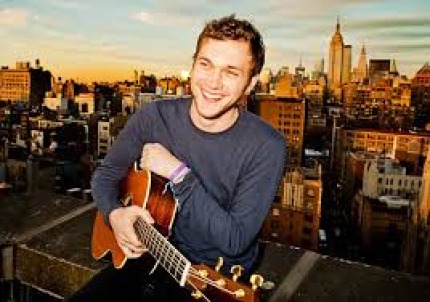 His American Idol finale performance of the song “Home” made it clear that Phillip Phillips deserved to win the title. His debut album “The World from the Side of the Moon” was released on November 2012 and was certified Gold by the RIAA in January 2013. It debuted at no. 4 on the Billboard 200, no. 2 on Digital Albums charts and no. 1 on the Rock Albums. It includes the single “Home” which debuted at no. 10 on the Billboard Hot 100 and sold 278,000 in its first week making it the best-selling of all coronation songs. The album’s second single “Gone, Gone Gone” reached no. 12 on the Billboard Bubbling Under chart and no. 1 on the Adult Album Alternative chart.

With that stunning smile, delightfully throaty voice and soulful performance, he’s certainly the total package you wouldn’t get tired of  watching live over and over.

After this event, you’ll surely be walking out of the Auditorium with a dreamy smile fixed on your face, walking as if you’re floating on cottony clouds. Yeah, you’ll be light-hearted, blissful and ready to fall in love! Book your tickets already!