Railroad Earth are playing at Fillmore Auditorium on Friday 17th January 2014, get your tickets now to see this impressive band known for its incredible improvisation and fantastic lyrical writing. Railroad Earth offer something for everyone, including bluegrass, rock n' roll, jazz and celtic. Tickets are sure to sell out fast! 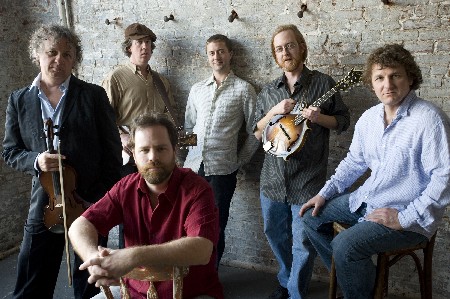 Railroad Earth began in 2001 and after just three weeks of playing casual music together, the original six band members decided to start recording their music at a local studio. Their untitled demo contained only baking vocals, yet this small showcase of their talents began their career in the music industry. With a new manager and various festivals under their belt, Railroad Earth released an album in 2001 which quickly gained them a record deal with Sugar Hill Records. This talented band are still working on new material today, with a new album set to be released in 2014. Buy your tickets now and show you support for this creative, successful and unique band.