Here is a piece of exciting news for the fans of the world famous band – Rebelution. The band is coming to your town, and is all set to rock you with its electrifying live performance on Saturday, March 17, 2012 at 7:00 PM at Fillmore Auditorium, Denver, Colorado. 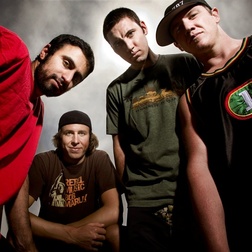 Formed in the year 2004, Rebelution is a reggae band based in Santa Barbara, California. The current members of the band are Rory Carey, Eric Rachmany, Marley Williams and Wesley Finley. Matt Velasquez was also a fine member, but he left the band soon after the release of their debut album – “Courage to Grow”.

Presently, the band is totally occupied with the release of its third album – Peace of Mind, which is scheduled to be released on 10th January 2012 through the own label – 87 music.

The show is assured to be one of its kinds and is definitely going to attract millions of fans across the globe. The pre- advance booking of the show has already commenced, and the tickets are selling like hot cakes. If you do not wish to be disappointed at the last moment, it is recommended to purchase the tickets beforehand. The tickets are moderately priced around $26.