Prolific hiphop sensation Russ is heading to Fillmore Auditorium on Monday 26th June 2017 as part of The Wake Up Tour! Bringing the freshest rhymes and the fattest beats, Russ is a powerhouse on stage – don't miss this artist at work!!! 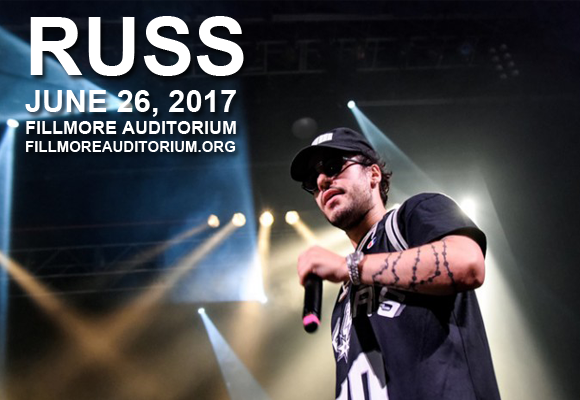 Rapper, singer-songwriter and record producer Russ grew up in Georgia, and began making hiphop beats around age 14, and recorded his first song at 18 years old. After forming Diemon (a hiphop collective) with friends, Russ began writing and recording prolifically, releasing eight mixtapes from 2011-14. These caught the attention of Capitol Records, who signed him in 2016. Russ is best known for his singles "What They Want" and "Losin Control", which peaked respectively at number 83 and 77 on the US Billboard Hot 100.