Once again, Slash is coming to take over Fillmore Auditorium and you can grab the chance to be there! If you're a fan of Slash then get down on Wednesday 19th September 2018 – it's going to be an incredible, unforgettable, memorable night of pure entertainment and top class musicianship! Along with Slash on the bill, Myles Kennedy and the conspirators will be joining him – whatever you do don't miss this! 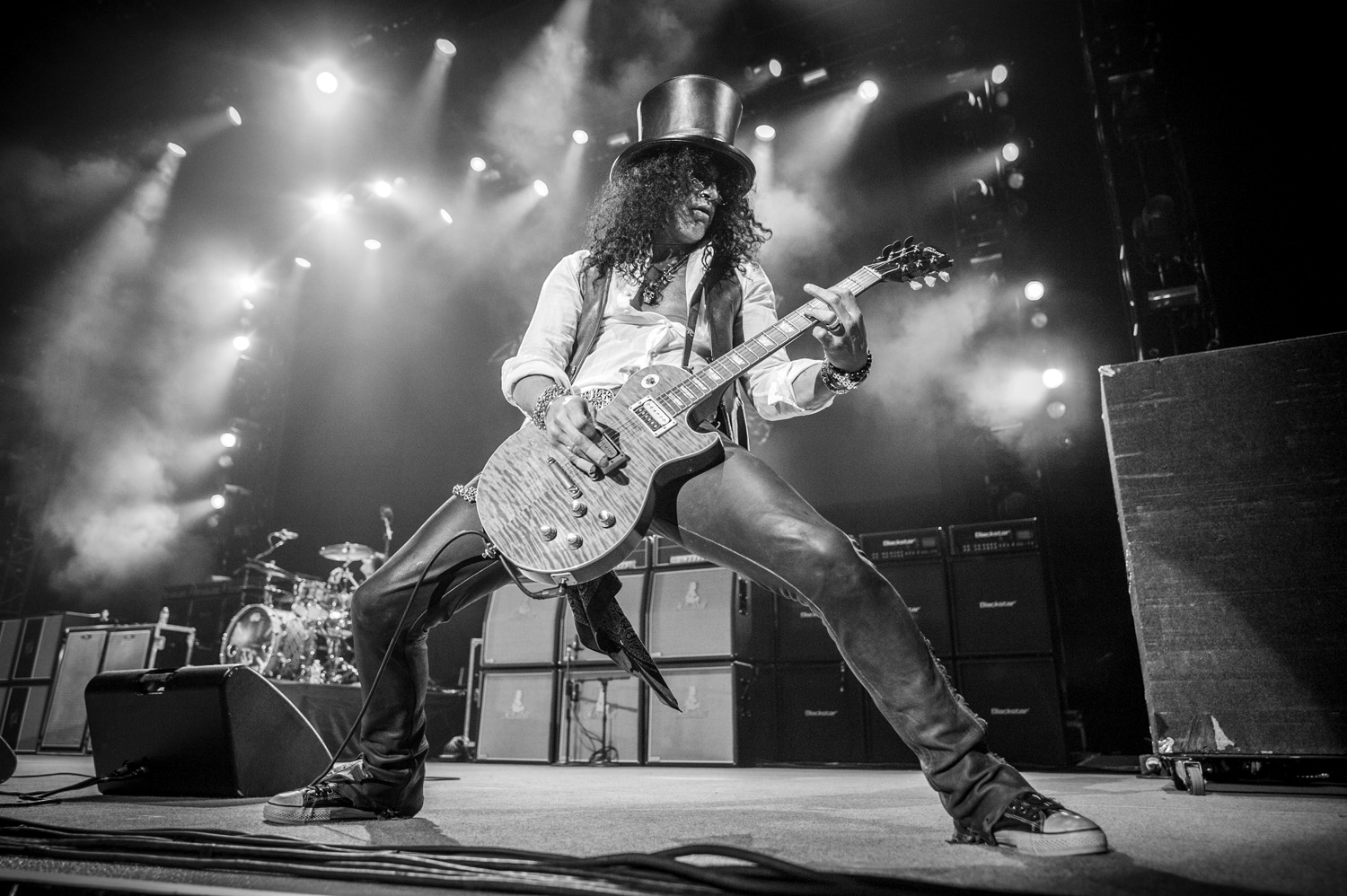 The big news has arrived! Slash is taking a month's break from Guns N’ Roses’ Not in This Lifetime Tour, to head out on the road with Myles Kennedy and the Conspirators for a Fall tour that will blow your mind!

The American-English musician, Slash is one of the biggest guitarists in the world! With an incredible career that has spanned throughout the years from the 1980's. Of course his greatest success and attention gained was from the global superstar band, Guns N' Roses who transformed the 80's and 90's with their sell out tours, out of this world performances, top selling albums and constant positive reviews.

After leaving Guns N' Roses, Slash went on to collaborate with so many artists including his co-found in the supergroup Velvet Revolver during the mid to late 2000's. Since then he has released three solo albums: Slash (2010), featuring an array of guest musicians, and Apocalyptic Love (2012) and World on Fire (2014), all of which helped put him back on the map and showed that he is long-standing at the top of his game! Along with this he has been working with Myles Kennedy and the Conspirators and often touring with them as well.

Slash is no doubt one of the greatest rock guitarists of all time, throughout his career he has rightly so received raving reviews, from Time Magazine he was the runner up for "The 10 Best Electric Guitar Players" and Rolling Stone titled him in their outstanding list of the 100 Greatest of All Time. Solo's such as "November Rain" and of course his unforgettable guitar riff on "Sweet Child o' Mine" which each and every person knows, worldwide… all of these triumphs just confirm how good he is!

Come and catch the global superstar – Slash LIVE this coming Fall / Winter as he takes to the stages across North America! There's no time like the present to secure your tickets for a once in a life time show!