He's giving hip-hop fans a compelling reason to be 'young, wild, and free', as 'the' daddy of gangsta rap is stepping up onstage at the Fillmore Auditorium on Friday 13th December 2019. No other rap icon can 'drop it like it's hot', save for the master of 'Doggystyle', Snoop Dogg! Donning his usual fashion style of velour jumpsuit, Snoop Dogg has legions of followers throughout his career that would come running every time he wags his and his signature pigtail braids up on the live concert stage. This is a smoldering hot ticket that draws in fans from everywhere. Be quick or be sorry. That 'buy tickets' button is just one click away. It's now or never, book your tickets now! 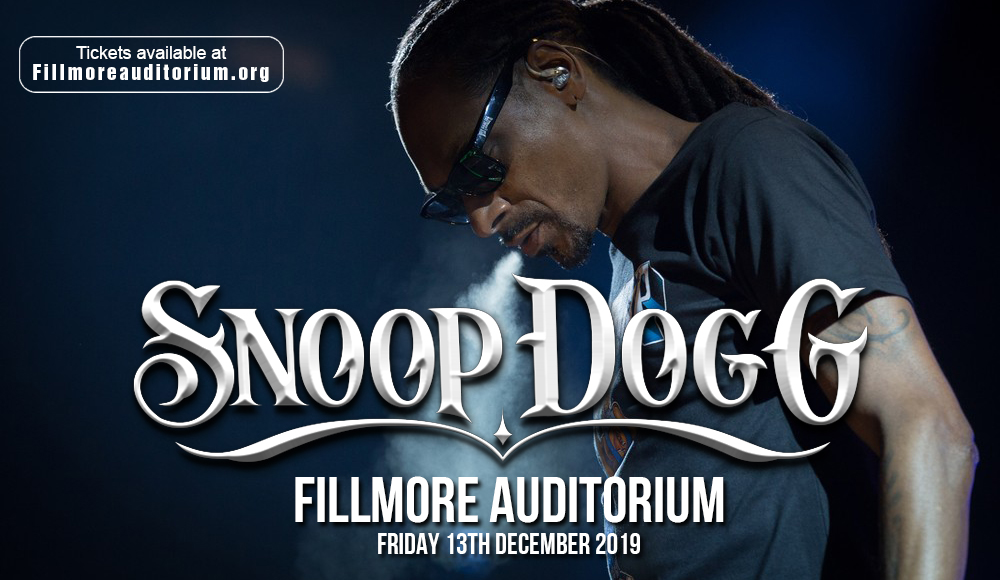 To date, Snoop Dogg has sold over 23 million albums in the United States and 35 million albums worldwide. Snoop Dogg is an entertainment icon from all fronts. Aside from being a rapper and singer, he is a songwriter, producer, media personality, entrepreneur, and actor. Snoop Dogg drew the face of hip-hop that we see and experience today. And yes, he is definitely one of the most recognizable and highly revered faces in hip hop music.

Hip-hop fans — this ain't a show you can't afford pass up on. Grab it while it's hot and book your tickets now!