The incredibly talented Sound Tribe Sector 9 are coming to Fillmore Auditorium on Friday 31st January 2014! This instrumental band is well known for its electronic music along with funk, jazz and rock inspirations. Described as 'post-rock dance music', Sound Tribe Sector 9 rank on Pollstar Magazine’s list of top-grossing touring acts. This band has a huge fan base and now you can show your support at Fillmore. Get your tickets now and get ready for a sound sensation! 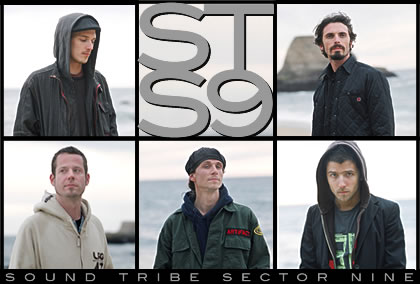 Sound Tribe Sector 9 formed in Atlanta over 10 years ago and have now become a renowned name on the jamtronic music scene. Opening acts from their incredibly popular live shows include Snoop Dogg, Big Boi, Outkast and Pretty Lights. Sound Tribe Sector 9 also have their own record label, 1320 Records, which was founded based on collaboration, cooperation and community and has raised incredible amounts of money for activism efforts. This unique band mixed live rock with incredible rhythms and their performances are not to be missed! Try something new this year and get your tickets now!