If you like your hair metal on the hilarious side, you're going to want to see Steel Panther at Fillmore Auditorium on Saturday 19th January 2019! Heading to Fillmore as part of their Heavy Metal Mardi Gras, the boys of Panther are ready to rock your world and party like it's 1979!!! Prepare yourself for filth, mayhem and rampant guitar solos, as this innuendo-fueled quartet get their groove on! 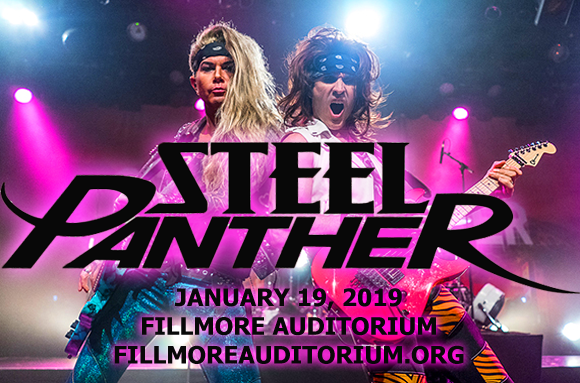