EPIC NEWS! Get ready to catch the LA Glam Rockers – Steel Panther LIVE at Fillmore Auditorium on Friday 27th January 2017! Steel Panther are embarking on a fresh new and exciting tour in 2017 to promote a brand new album and of course keep fans rocking until they drop!

This unmissable show is bound to be a sell out – so beat the rush and book tickets in advance… And start your new year with a punch! 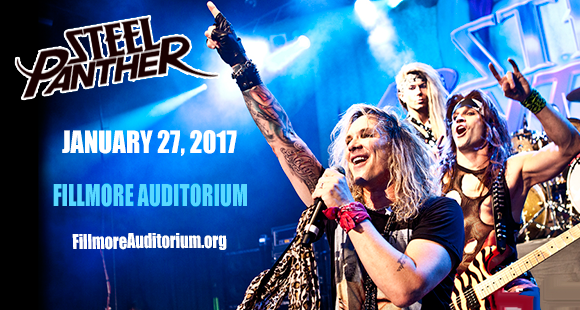 We've all gone through that hair band phase, but there are some who just can't seem to shake it off. Step right up and brace yourselves for a wild ride that would take you back to the time when spandex, guyliner, golden long locks were fab…now, Steel Panther also makes it funny!